“The human body is composed of four cardinal fluids called humors….In the normal body, these four fluids were held in perfect if somewhat precarious balance. In illness, this balance was upset by the excess of one fluid.”

This review is about metformin and cancer, but within a much broader context. It points to an important new science involving critical common core pathways that underlie the origins of multiple common chronic conditions. These pathways involve traditional signaling modifications like phosphorylation, but they also involve a fascinating new science of epigenetics and the methylation of proteins that are involved in inappropriate gene activation.

The biochemistry of chronic disease is incredibly complex, but these core pathways help us realize that these conditions may have common underpinnings in their causation that may help better direct their treatment and prevention. The fact that diabetes, cancer, hyperlipidemia, hypertension, heart attack, stroke, congestive heart failure, rheumatoid arthritis, asthma, and gout all impact common pathways is critical to the future of primary care. These common pathways modulate growth, proliferation, inflammation, and programmed cell death.

The science to dramatically improve care and reduce cost exist today. Simple, practical nutritional guidance that most patients can manage has a major impact. Inexpensive medications that change the course of multiple chronic diseases are available today: metformin, statins, ace inhibitors, angiotensin-receptor blockers, aldosterone antagonists, and aspirin. The very well-trained primary care doctor can best coordinate and integrate this science to provide the maximum benefit to patients. This new science, coupled with payment reform and new systems of care, like the team-based medical home can dramatically improve care while reducing cost today. A silo-ed approach to chronic conditions is a scientific anachronism that has outlived its usefulness.

Multiple reviews and animal studies are coming together to suggest beneficial effects of metformin in cancer treatment and prevention.[1], [2], [3], [4]. Emerging evidence in humans adds further credibility to these favorable effects. Newly diagnosed type 2 diabetics on metformin developed cancer half as often compared with new diabetics who had never used metformin. The time to development of new cancer was also increased.[5] Diabetic patients with breast cancer taking metformin were three times as likely to have a complete response to chemotherapy as diabetic patients not taking metformin.[6] This medication is very well tolerated with few side effects and low levels of toxicity.

Additional emerging evidence points to mechanisms that may explain the beneficial effects of metformin in cancer. Epigenetic change represents an alteration in gene expression that does not alter the fixed DNA code itself. These changes are transmissible to the next generation of cells and individuals. Gene activation profiling in models of cellular malignant transformation identifies an epigenetic signature linking cancer with inflammatory and metabolic diseases. Patients with the metabolic syndrome, inflammatory diseases, and autoimmune conditions have cancer more often and it is more aggressive. Increased cancer risk is associated with obesity, type 2 diabetes, atherosclerosis, and high cholesterol. When vulnerable cells were stimulated to undergo malignant transformation, 238 genes were up-regulated and 105 were down-regulated. An average of 50 genes demonstrated abnormal activity in most cancer types. The genetic regulation of the cell cycle, growth, proliferation, programmed cell death, inflammation and autoimmune processes were changed in transformed cells[7]

Gene network analysis identified central players that link cellular malignant transformation to metabolic diseases. A comparison of genetic nodes of malignant transformation with a gene set from the metabolic syndrome reveals an extensive overlap between these processes.. Inflammatory gene nodes affect both malignancy and metabolic conditions. Insulin and LDL cholesterol appear as central nodes in cancer gene networks. Nine of 11 metabolic genes not previously linked to cancer are important to cellular transformation including those regulating the oxidized LDL receptor and angiotensin II. . The expression of these genes increases with the stage and aggression of the tumor. More evidence to support the importance of these relationships comes from the effect of multiple medications on cellular transformation. 11 of 13 drugs aimed at diabetes, inflammation, or lipids inhibited malignant transformation. The anti-diabetic drug metformin completely suppressed tumor growth and simvastatin reduced growth approximately 8 fold.7

These effects may be very important in oncology and so the critical question is; how do these facts all tie together. Emerging science concerning metformin may yield important information about these processes. Metformin has been said to produce clinical effects via the impact on insulin resistance in the liver or by effects on AMP kinase (AMPK). The story of these signaling pathways in chronic disease is actually much more complex. Metformin is a structural analog of asymmetric dimethylarginine (ADMA). It appears that ADMA is the natural signaling molecule and metformin blocks ADMA effects. . Metformin and ADMA therefore have opposing effects in the metabolism of the body and blocking the metabolic impact of ADMA is most likely the fundamental mechanism of action of metformin.[8]

Most of the current literature about increased ADMA levels concerns cardiovascular disease. . ADMA produces adverse effects by acting to competitively inhibit the conversion of the amino acid arginine to nitric oxide and citrulline by nitric oxide synthase. Cooke describes ADMA as an “Uber Marker” of vascular risk.[9] The multiple effects of ADMA and the antagonism of these effects by metformin may be best understood in the context of epigenetic changes set in motion by arginine methylation of proteins involved in transcription followed by protein degradation to release ADMA into the cytoplasm and general circulation[10]. Free ADMA may subsequently function as a signaling molecule itself..[11]

Protein arginine methylation is a modification that plays a pivotal role in opening up tightly compacted genetic material to activate a dormant gene and allow transcription to take place. This modification is involved in the modulation of multiple factors that control cellular differentiation, proliferation, growth, inflammation, and programmed cell death.[12], [13] linking malignant transformation with inflammatory, metabolic and vascular disorders. As discussed to this point, ADMA levels are elevated in patients with the metabolic syndrome components high cholesterol, high triglycerides, hypertension, and type 2 diabetes. In fact, ADMA levels correlate more strongly with insulin resistance than any other biological variable[14]. ADMA levels are increased as the result of the activation of genes that have to do with metabolic diseases, atherosclerosis, and cancer. In keeping with the role of ADMA in genetic activation, ADMA in children does not correlate with abnormal metabolic risk factors, but rather with normal growth and development.[15]

These processes are implicated in the underlying causation of multiple chronic conditions including diseases that affect the lung such as pulmonary arterial hypertension, idiopathic pulmonary fibrosis, asthma, and emphysema. ADMA[16] may produce direct effects on gene expression[17] or it may impair nitric oxide production. ADMA increases iNOS[18], [19] expression and then uncouples iNOS to dramatically increase oxidative particles including superoxide[20] .. Elevated ADMA levels have been found in the plasma of patients with pulmonary artery hypertension in multiple diseases states .[21], [22], [23], [24] suggesting a strong association of ADMA levels with pulmonary hypertension regardless of the underlying cause. Taken together with the previously mentioned association with cardiometabolic diseases, elevated ADMA is associated with multiple chronic conditions and may be part of the underlying pathophysiology of those conditions.

ADMA may also be elevated acutely based on environmental factors. A single high fat meal in diabetic patients may increase plasma ADMA levels and impair the ability of the artery to dilate in a matter of a few hours.[25] In the setting of hyperglycemia, ADMA levels are increased in proportion to the plasma glucose.[26] Elevated ADMA in adults indicates activation of genes that impact inflammation, growth and proliferation. Transient exposure of normal endothelial cells to high glucose for hours produced persistent inflammatory gene activation for days when the cells were returned to an environment with normal glucose concentrations..[27] This inflammation has been documented to be associated with persistent epigenetic marks[28] indicating inappropriate gene activation. . Patients from the DCCT trial who had early chronic exposure to a moderately high level of glucose and a higher A1c than the aggressively treated patients, subsequently had twice as many heart attacks and strokes in spite of equal control of the blood glucose.[29], [30] Persistent epigenetic change induced by environmental factors like hyperglycemia may explain the phenomenon of “metabolic memory” in which differences in past treatment may produces ongoing variation in risk of complications..

ADMA dramatically increases the number of oxidative particles (ROS)[31] Additionally, important cardiovascular disease mediators like aldosterone[32],[33], angiotensin II[34], and oxidized LDL[35] all increase ROS and then the oxidative particles transactivate the epidermal growth factor receptor (EGFR).[36] EGFR in turn activates the PI3K/Akt metabolic cascade and the Ras/Raf/Erk1/2 inflammatory MAPK pathway which both converge at mTOR (the mammalian target of rapamycin) which coordinates nutrient supply with cell growth and proliferation.[37] Inappropriate mTOR activation by aldosterone promotes mesangial cell cell proliferation and kidney damage, insulin receptor malfunction, insulin resistance, and oncogenesis. EGFR is one of several growth related growth factors including HER-2 that are excessively activated in breast cancer[38], [39], [40] EGFR is increased in over 50% of breast cancers and monoclonal antibodies that bind EGFR are useful in cancer treatment.[41] 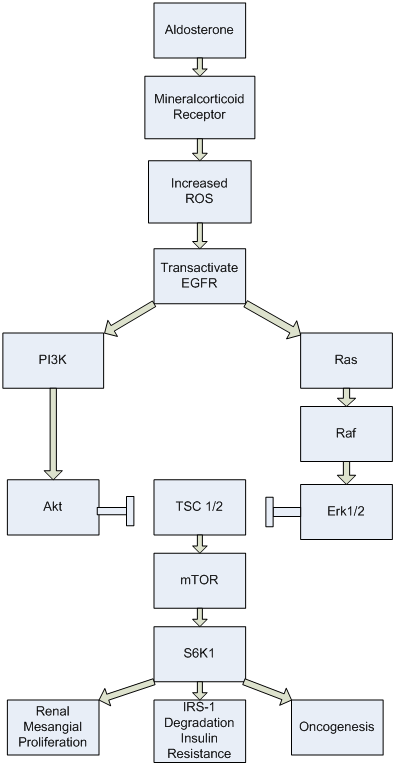 Figure 2. ADMA activates toll-like receptor 4 leading to aberrant inflammation and proliferation which may contribute to the malignant transformation of cells.

The origins of multiple chronic diseases involve inappropriate activation of very complex pathways involving growth factors, metabolism and inflammation. The chronic conditions that result probably reflect the summation of the pathways that are activated by genetic, epigenetic and environmental factors acting in concert. Health is the perfect balance of these many factors hearkening back to the balance of the four humors of Grecian times. Many chronic diseases are determined by the origin, strength, duration, and frequency of metabolic and inflammatory signaling.

Bill Bestermann is a vascular physician at the Holston Medical Group in Kingsport, TN.

One thought on “Metformin, Asymmetric Dimethylarginine, and Cancer : The Keys to the Kingdom or a Tool to Pick the Lock?”