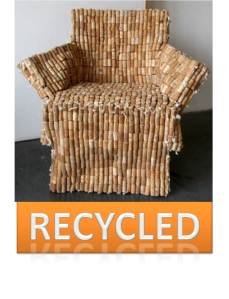 Clinical Groupware is rapidly gaining acceptance as a term describing a new class of affordable, ergonomic, and Web-based care management tools. Since David first articulated Clinical Groupware’s conceptual framework on this blog early last year — see here and here — we’ve been discussing Clinical Groupware with a growing number of people and organizations who want to know what it is, where it’s going, and what problems it may solve, particularly for small and medium size medical practices, their patients and their institutional/corporate sponsors and networks.

Clinical Groupware heralds a shift away from medical applications that are primarily based in local hardware and software. It creates a more fluid functionality in those applications, and empowers communications as well, by leveraging Internet connectivity, Web-based data resources, and new services (i.e., capabilities) performed upon these data by agents or applications.

It is still too early for a single best example of Clinical Groupware to have emerged. The creation of platforms, modules, and data services in health care has begun only recently, fueled by and borrowing from developments in popular computing that include search, social networking, geo-location, identity management, photo and music-sharing protocols, and remote storage.

Clinical Groupware is sometimes understood in terms of “remote hosting” or an “application service model” (ASP) of software. It is true that this might be a starting point for some users. But as a phenomenon, it is far more powerful than simply running a software program over the Internet instead of on your computer or local area network.

Tim O’Reilly uses “Internet as operating system” as a short-hand way of describing the robust complexity of features and functions available to users of today’s browser-based and mobile computing platforms. This approach contrasts markedly with the older client-server computing model. In client-server arrangements, a computer-resident operating system coordinates access to applications and machine resources on a single or, at most, a few computers on a network. In the “Internet as OS” model, the Internet itself coordinates that access across large numbers of computers and users.

The browser or the smart phone may be the means of gaining access to this new and rich “compu-cology,” to coin a term. But what really matters most of the time is what is happening between your interfacing device and the many applications on the net that it can reach.

Consider the difference between the mere delivery of an application, such as an ePrescribing software program, over the Internet, versus the richness and complexity of two very popular, although very different computing platforms, Google apps and the iPhone with its app store.

Google’s core competency is, of course, its search technology, which almost instantaneously takes the search string from your browser or mobile phone and serves it up to Google’s proprietary software at one or more of its massive server farms.  But Google also offers free (or very inexpensive) applications such as calendaring, email, photo organizing and sharing, word processing and presentations, mapping, etc. most of which are capable of sharing, indexing, and processing several different types of information in the background in a connected manner. Thus, at the push of a button while in Picasa Web Album, Google’s online photo storing/organizing application, one can publish individual photos, or whole albums, to groups of people in one’s Gmail account, while also allowing those people to upload new photos to some albums, but not others. It is also easy to place photos on a map location, view both photos and maps in Google Earth, and then share these with others. In each case there are complex data look-ups and indexing occurring, mediated by Internet protocols for identity management and access permissions, in the background.

The iPhone is a more proprietary platform – a “walled garden” in the jargon of the day – that integrates multiple data processing activities, some of which are hardware resident and others that occur online. Its wireless capability supports access to the Web, which can integrate with the built-in GPS location services that are in communication with satellites circling the earth. This arrangement can tap into a world-wide technical infrastructure that can help you find the nearest Chinese food restaurant or get to a nearby hospital trauma center. It can allow you to search for a doctor, map the location of the doctor’s office, and get performance ratings on that physician’s or organization’s quality and service. Many different applications “run on” the iPhone device, but they depend on what O’Reilly calls “network available services” for value creation that far exceeds the features of the phone itself.

In other words, these new Web-based platforms allow distinct functions to interact with and leverage one another, creating a robustness of capability and productivity that was unthinkable in earlier, more limited hosted arrangements. Thinking of these platforms as merely running remotely-hosted applications is to miss their possibilities. Clinical Groupware, a very powerful and practical medical application of this model, is the revolution ahead that will foster intense competition among vendors vying for platform real estate.

Still skeptical? In fact, the leadership at ONC/HHS have already realized that the future of Health IT lies in a whole that is greater than the sum of its parts.

In early April, ONC awarded $60 million to four institutions – Mayo Clinic, Harvard University, University of Texas Health Science Center at Houston and University of Illinois at Urbana-Champaign – through the Strategic Health IT Advanced Research Projects (SHARP) program. Each institution’s research projects will identify short- and long-term solutions to address key challenges associated with health IT and meaningful use. John Halamka recently blogged about the Harvard research, which will “investigate, evaluate, and prototype approaches to achieving an “iPhone-like” health information technology platform model, as was first described by Mandl and Kohane in a March 2009 Perspectives article in The New England Journal of Medicine.” Further, Halamka writes:

The platform architecture, described as a “SMArt” (Substitutable Medical Applications, reusable technologies) architecture, will provide core services and support extensively networked data from across the health system, as well as facilitate substitutable applications – enabling the equivalent of the iTunes App Store for health.

This new approach to a health information infrastructure was the focus of a June 2009 working group meeting at the Harvard Medical School Center for Biomedical Informatics and an October HIT meeting which brought together more than 100 key stakeholders across academia, government and industry in an exploration of innovative ways to transform the national health IT system.

One of the challenges facing the Clinical Groupware, modular application approach, is that of data exchange between apps and data integration among several different apps.  It is clear that the Harvard SHARP research grant will have these problems as high priorities for solutions during 2010 and 2011.

One thought on “Clinical Groupware: Platforms, Not Software”