Originally published 12/14/2010 on the Health and Human Capital Foundation Blog. 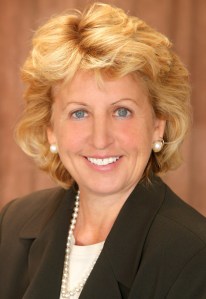 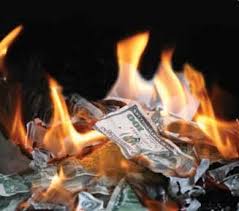 ‘Tis the season to wonder how to work off the extra pumpkin pie calories and pay off those Black Friday purchases! We know that a dollop of reality isn’t anyone’s holiday favorite, but it may be timely for all of us to acknowledge the belt-tightening our country must face as we approach the New Year. If social spending cuts in England, Greece, Spain, Germany and other countries are any prediction (1, 2), some would argue that we are late in taking action. Is there hope that we’ll wake up and realize that now is the time to start trimming our national spending—even as we trim our tree—by making tough, necessary choices?

Concerns about spending come in many forms: the eventual impact of cummulative debt, sources of revenue to cover unfunded commitments in social security, Medicare and Medicaid, and the risk of owing interest to other countries who buy our debt. All of these deserve attention.

But these are our greatest longer-term risks:

1) The opportunity-cost of spending an increasing amount on healthcare instead of the many other deserving investments we could be making in other areas (education, renewable energy,infrastructure, or technology).

2) The harsh reality of demography (the biggie). The ratio of wage-earners (20-64 year-olds from whom we collect taxes) to recipients (youth and retired people) is in rapid decline. Economists call this the dependency ratio, expressed as how many people we need to fund per 100 workers. A few decades ago, the number was in the 50s (1 recipient for 2 workers) (4). By 2040, that number isprojected to be 86; approaching one recipient for each worker (5).

The burden of this ratio is obvious, and it translates into serious consequences. Other things being equal, a higher dependency ratio reduces the overall standard of living per capita and wealth of a nation. For example, assume that the ratio changes from one worker for every non-worker to a situation where one worker must provide goods and services to himself and two non-workers. Surely, we want to lighten this burden as much as possible, don’t we?

But are we willing?

Anyone following the recommendations from the bipartisan federal debt commission released this month had to be startled by its stark description of our financial plight, which is so rare in politics. On December 1, the commission’s report stated that “without the sacrifices it calls for, a fiscal ’reckoning will be sure and the devastation severe’” (6). The commission leaders explained what policy makers know but are afraid to say: because of aging, life expectancy, overspending and other trends, we can no longer afford to provide the tax breaks, financial support and services government promised to earlier generations. Despite some changes in the political landscape in the past election, thus far neither party seems willing to risk re-election to make significant cuts in popular programs.

Healthcare is a significant part of our out-of-control spending.

How much can we afford to spend on healthcare? Like other untouchable political topics, policy makers often avoid limits on spending because of the potential media backlash. If medical inflation continues at its current pace, we can expect that the average lifetime medical expenditure for each citizen will exceed $750,000 (7). This number is an extrapolation from research conducted BEFORE many of the new high-cost technologies and medications hit the market. Is this the right number? Should we spend a half-million, or a million dollars? And if healthcare spending rises, what other public services are we willing to forgo? Education? Public safety? Clean water? Remember, there is no free lunch, so we each have a responsibility to consider the value of the services we demand from our government.

In recent years, a new type of medication has become available, called “biologics.” The name refers to the process needed to create them: a biological system. Essentially, scientists manipulate a living cell from a biological organ (such as a hamster’s ovary) to trick it into producing a specialized molecule that can fight disease in a more sophisticated way than chemical drugs (8). Then, biologics are delivered to patients directly through the bloodstream, not through pills. The results can be miraculous—permanent remission (with continued treatment) for some types of leukemia, huge improvements in pain, function, and appearance for rheumatoid arthritis and psoriasis.

However, miracles don’t come cheap. Because development costs billions and because each batch requires a biological system to manufacture molecules, the prices are staggering: tens or hundreds of thousands of dollars per patient per year. As a result, these products have quickly become a primary revenue stream for drug makers, and a growing portion of overall medical expenses. The pharmaceutical industry expects to sell $800 billion in biologic products per year by 2015 (9, 10).

A miracle for every patient? Not so fast.

We are fast approaching a point where we will have to take cost into account in our choices. A story in recent months described a cancer patient who received a new medication, paid for by Medicare. The drug cost $93,000 and had been shown to extend life by an average of 4 months (11). The patient admitted that he didn’t think the result was worth the cost, but since Medicare was paying, he figured “why not?” In another example, patients received a drug costing $80,000 for an extra 36 days of life (12).

Decisions about what medical care we can or cannot receive are emotionally charged, highly personal and rarely cut-and-dry. I firmly believe that patients should play an active role in care choices. That said, in the context of the burden on future workers, there is a need for those decisions to be made with some consideration of a “greater good.” What can each of us do to lessen the burden on everyone? Are there individual choices that serve both the individual and the greater good? Are 36 more days of life for me worth not immunizing 5,000 more children? Can I avoid risk, save money, and improve my overall health by committing to weight loss despite becoming eligible for a $20,000 lap-band stomach surgery (13)? Are there proven options for my back pain other than surgery that I should try first?

If we don’t figure out a way to get a handle on cost, others will make choices for us. Great Britain solved this dilemma by simply deciding not to provide any treatment costing more than $50,000 for extending life by one QALY (Quality-Adjusted Life Year) (14). In the U.S., recent reform actually forbids setting a lifetime maximum (which often had been set at one or two million), which reinforces the mentality that we should spend “anything and everything” to save lives, and no other tradeoffs are worthy of consideration.

As far off as it may be, I have a holiday wish.

I wish that the general public would get fed up with politicians who protect their own jobs rather than protect the country’s future and demand that our spending be drastically reduced. I wish that people would decline expensive, discretionary procedures in favor of trying exercise, diet, physical therapy, and effective medications first. I wish every patient would ask if there are adequate, less-expensive alternatives available. I wish people would think twice about the potential expense they will face as a result of riding without a helmet or continuing to smoke. I wish end-of-life patients would have peaceful, loving care at home, and forego that one, last, ineffective treatment. I wish that every single healthcare decision would be made with consideration for what other critical needs our nation must address with limited funds.

Why this matters: Contrary to the current political discussion, healthcare spending isn’t just about healthcare. It’s about all of the other programs and services our nation cannot afford if healthcare submerges the budget and expands the national debt. It’s time for all of us to assume responsibility for our own everyday health decisions, consider the greater good and make room for a real miracle: spending our children can afford.