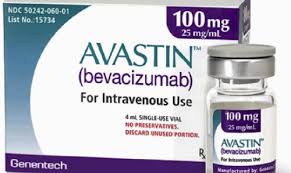 Today, the New England Journal of Medicine — a half decade after the controversy erupted — published the results of that trial. Guess what? No difference, something ophthalmologists have known from the start. But they never had ironclad scientific proof. Now they do. As an accompanying editorial in NEJM said, the trial results support use of either bevacizumab (Avastin) or ranibizumab (Lucentis). But Philip Rosenfeld of the University of Miami also noted:

Health care providers and payers worldwide will now have to justify the cost of using ranibizumab (Lucentis). Regulators in certain countries will be forced to reconsider their policies that make it illegal to use drugs off-label, particularly when so many of their citizens cannot afford ranibizumab. The (study) data support the continued global use of intravitreal bevacizumab (Avastin) as an effective, low-cost alternative to ranibizumab.

As I wrote last July, Medicare could save a half billion dollars annually by authorizing payment for off-label use of Avastin for AMD and simultaneously refusing to pay for Lucentis. I’m guessing they will soon start paying for its off-label use, now that they have the NIH study in hand. But as far as using this nifty piece of comparative effectiveness research to deny paying for the expensive alternative, that’s not going to happen. The Affordable Care Act, which earmarked $1 billion a year for CER,  specifically forbade the Centers for Medicare and Medicaid Services from using CER to inform any cost-effectiveness analysis that might lead to denial of coverage for economic reasons.

What to do? When Republicans in the House bring up H.R. 1213, which calls for eliminating federal funding for the state-based exchanges needed to implement health care reform, Democrats in the House might want to offer an amendment repealing the cost-effectiveness restrictions on use of studies conducted by the Patient Centered Outcomes Research Institute, which is the body set up to conduct CER. It would be interesting to see how many votes it gets from the crowd that claims privatization is the only way to control Medicare’s costs.

Merrill Goozner is an independent health care journalist. He maintains a blog at Gooz News.