First published 5/9/11 on [Not] Running a Hospital 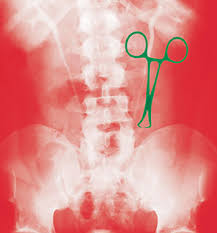 Old patterns die hard. Back in March 2010, I posted a chart from the ACHE that Jim Conway had sent me showing a decrease in the ranking of quality and safety among priorities reported by hospital executives.

Now comes an article in Health, Medical, and Science Updates about a study by the Beryl Institute, entitled “The State of Patient Experience in American Hospitals.” Of those places surveyed, 51% were individual hospitals and 49% were hospital groups or systems. There was an even mix of urban, suburban, and rural facilities.
As in the prior ACHE survey, 69% of hospital executives rank things other than quality and patient safety as top priorities.

Any way you look at it, this is quite simply a failure of leadership and governance in American hospitals. There is a strange adherence to the view that “these things happen,” an apparent belief that a certain level of harm that occurs to patients is just the way things should be. It is as though the medical profession, hospital administrators, and hospital trustees have decided that the current amount of harm is the statistically irreducible level.

In contrast, I quote again from Captain Sullenberger, who notes that such an attitude is impossible to imagine in other fields, like air transport:

“I wish we were less patient. We are choosing every day we go to work how many lives should be lost in this country.”

Those of us who have participated in systematic improvements in the way work is done in hospitals understand that America is nowhere near the “statistically irreducible” level of harm. As Sully notes,

“We have islands of excellence in a sea of systemic failures. We need to teach all practitioners the science of safety.”

There are thousands of people at lower levels of authority in hospitals who want to improve the situation, but they are stymied. I can’t tell you how often nurses, nurse managers, and junior physicians have come to me at conferences and said, “How do I convince my hospital leadership to take an interest in this and support us?”

The leadership for improvement has to come from the top: Hospital CEOs, clinical chiefs of service, and boards of trustees. To date, the American hospital leadership is failing in this regard. Maybe they should be required to say every day, “Let’s just keep killing and maiming the patients. After all, they are just statistics, not real people.”

Paul Levy is a former CEO of a large Boston hospital, writing at [Not] Running a Hospital.