First published 6/8/11 on The Doctor Weighs In 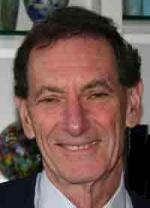 In a post on 6/6/11 (What’s going on in the autistic brain?) I described the surprising discovery that gene expression in the frontal lobe of autistic brain was indistinguishable from that of the temporal lobe; in the normal brain they differ markedly. This difference develops in the embryo during development of the brain. So the lack of difference signifies some failure of neurological development in utero. Autism Spectrum Disorder most likely has multiple causes, genetic as well as environmental. It is remarkable therefore, that all those diverse causes end up with the same neurobiological deficiency. One possible explanation could be that whatever the etiology (cause) of the disease, something very basic goes awry as a result – as basic as the supply of energy to the developing brain. After all, everything in the body requires a fuel supply, including the processes responsible for differentiation from a neuronal stem cell to specialized frontal cortex or temporal cortex neurons.

A short story about mitochondria.

Mitochondria are fascinating creatures. They probably date from the very beginning of life on earth. The first cell-like organisms were probably just blobs of protoplasm enclosed in a lipid membrane. They most likely just existed, without doing much else, because to do anything –you need energy, lots of it. But they could derive only meager amounts of energy from breaking down glucose anaerobically –because oxygen was low or non-existent in the early atmosphere. But then certain ancient bacteria invaded some of those cells. Originally the relationship was most likely one-sided: the invaders were parasites. But with time the dumb primitive cells co-opted the wily bacteria: they provided shelter and nutrients, in exchange for energy supply. The bacteria, in turn, gradually lost all their functions except supply of energy to their host; after all, those lost functions were not needed anymore (the old principle of ‘use it or lose it’). But the price for this acquired dependency was lost independence. And thus was born the quintessential symbiotic relationship of biology. Once ample energy was available, evolution could progress at an accelerated pace, and the bacteria, now sporting the brand new name of ‘mitochondria’, became permanent residents in all single and multi-cellular organisms. They still bear remnants of their previous lives as bacteria –they have their own genes, made up of their own DNA, with a genetic code all their own. But now their function was largely limited to oxidizing glucose metabolites into small packets of energy called ATP (Adenosine Tri Phosphate), and providing it to their host cell to fuel all metabolic and synthetic reactions necessary for life.

A paper in JAMA titled Mitochondrial Dysfunction in autism (December 1, 2010) offered a possible mechanism for such a profound failure of brain development as observed in the autistic brain.

The investigators, from the University of California at Davis, collected blood lymphocytes from 10 children with autism, aged 2 to 5, and from ten controls. They found that oxygen consumption in lymphocytes (which reflects the level of glucose metabolism and ATP formation) from the autistic children was about one third that of controls. This is a HUGE drop. Furthermore, when the respiratory chain (the string of enzymes that form ATP) fails to efficiently oxidize all the incoming glucose-derived substances at an efficient rate, oxygen-free-radicals in the form of hydrogen peroxide are formed. Indeed, lymphocytes from the autistic group formed double the amount of hydrogen peroxide compared to normal. This is very interesting. In the study we discussed two days ago, there were two groups of genes that showed a distinct pattern in the autistic brain.. First, it showed a drop in the levels of genes responsible for neuron function and communication. Second, the autistic brain displayed a sharp rise in the levels of genes involved in immune function and inflammatory response. A defect in neuronal function and communication makes intuitive sense, but a rise in inflammatory response? What could account for that? We don’t really know, but the fact that hydrogen peroxide is an inflammatory agent ties in nicely with the genetic observation.

It would be premature to conclude from this study that mitochondrial failure accounts for brain dysfunction in autism. There are several problems with jumping to such a conclusion. First, the study was done in lymphocytes, not brain tissue. Of course, the latter is not readily accessible for experimentation, so the investigators had to resort to a surrogate tissue. But it still needs to be proven that lymphocyte biochemistry is a true reflection of brain tissue biochemistry. Another objection: only ten subjects in each group. The authors acknowledge this shortcoming, and call their study ‘preliminary’. Nevertheless, the results are compelling enough to justify a much larger study.

We still don’t have a handle on the etiological factors that cause autism, be it genetic or environmental (although the vaccine theory has finally been thoroughly debunked). But the recent spate of significant progress cannot but give us hope that finally the mystery of autism is about to give up its secrets.

Dov Michaeli MD PhD is a basic researcher who blogs at The Doctor Weighs In.