Posted 10/07/11 on Medinnovation Blog. It originally ran in the 9/27/11 issue of Technology Review, an MIT Press publication. 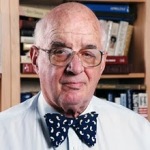 Why are doctors so slow in implementing electronic health records (EHRs)?

The government has been trying to get doctors to use these systems for some time, but many physicians remain skeptical. In 2004, the Bush administration issued an executive order calling for a universal “interoperable health information” infrastructure and electronic health records for all Americans within 10 years.

And yet, in 2011, only a fraction of doctors use electronic patient records.

In an effort to change that, the Obama economic stimulus plan promised $27 billion in subsidies for health IT, including payments to doctors of $44,000 to $64,000 over five years if only they would use EHRs. The health IT industry has gathered at this multibillion-dollar trough, but it hasn’t had much more luck getting physicians to change their ways.

What is wrong with doctors that they cannot be persuaded to adopt these wondrous information systems? Everybody knows, after all, that the Internet and mobile apps, powered by Microsoft, Google, and Apple and spread by Facebook, Twitter, YouTube, and the iPhone and iPod, will improve care and cut costs by connecting everybody in real time and empowering health-care consumers.

I suspect the answer may lie partly in something essayist E. B. White said about humor. “Humor,” said White, “can be dissected as a frog can, but the thing dies in the process, and its innards are discouraging to any but the pure scientific mind.” Similarly, humanity withers when it is dissected and typed into an EHR. As Jerome Groopman, a Harvard internist, wrote in How Doctors Think, “Clinical algorithms can be useful for run-of-the-mill diagnosis and treatment … but they quickly fall apart when doctors need to think outside their boxes, when symptoms are vague, or multiple and confusing, or when test results are inexact.”

The computer is oversold as a tool to improve health care, implement reform, cut costs, and empower patients. The reasons are obvious to anyone who treats patients. You cannot look a computer in the eye. You cannot read its body language. You cannot talk to an algorithm. You cannot sympathize or empathize with it.

We physicians are not Luddites or troglodytes. We are savvy about using the Internet, technology applications, and social media. For us, medicine mixes art and science. What we seek from patients are clues, constellations of signs and symptoms, and stories. We choose not to be reduced to data-entry clerks sorting through undigested computer bytes.

A string of numbers containing demographic, laboratory, and other patient information, no matter how systematically assembled or gathered, is not narrative. It does not tell a story. It contains “just the facts,” as Sergeant Joe Friday used to say.

There are also more mundane reasons why physicians, particularly in small practices, do not cater to EHRs or to their private enthusiasts and government backers. EHRs, you may hear physicians argue:

· are sold by so many companies—more than 100 at present—that no one knows how to separate the good from the bad and survivors from non-survivors.

· don’t speak to one another.

· conceal a strategy for monitoring, controlling, and dictating practice activities.

· can be misused or hacked to invade privacy, reveal sensitive information, and threaten the security of patient and doctor alike.

A word on the final point. It is not only the $40,000 that software vendors charge to install an electronic records system and the $10,000 to $15,000 for annual maintenance. It is the hassle factor and the often prohibitive cost of hiring staff to enter the data and to comply with new rules and regulations. When added to the time and effort already required to deal with Medicare, Medicaid, and health insurance plans, EHR requirements are the final straw.

Many doctors are seeking refuge from bureaucratic demands by retiring, closing practices to new Medicare and Medicaid patients, or seeking hospital employment.

This is ironic, since many physicians believe that new apps, such as better speech recognition or systems that translate data into narrative, will make EHRs easier to use. “Free,” government-subsidized, or cheaper models will enter the market; clinical algorithms, based on demographic and patient-entered historical information, will make diagnosis, treatment, and management faster and better.

But these features must evolve from below rather than being imposed from above. EHRs won’t be useful and physician-friendly until physicians themselves have more input into their design.

The digital revolution, and all the improvements in health care that are promised, will remain promises until the EHR is more useful—in medical and economic terms—for doctors.

Richard L. Reece is a retired pathologist and the author of The Health Reform Maze: A Blueprint for Physician Practices. He blogs about health reform, medical innovation, and physician practices at medinnovationblog.blogspot.com.

3 thoughts on “Why Doctors Don’t Like Electronic Medical Records”