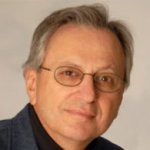 This is what conservative justices will do if they strike down or cripple the health-care law … A court that gave us Bush v. Gore and Citizens United will prove conclusively that it sees no limits on its power, no need to defer to those elected to make our laws. A Supreme Court that is supposed to give us justice will instead deliver ideology. now  – E.J. Dionne, The Washington Post

The insurance mandate was effectively reduced to a bumper sticker by the opponents in their constitutional challenge, and the entire law reduced to little more than an appendage to the mandate. . . The fate of the mandate should not determine the survival of the other elements of the law — like prohibiting insurers from denying coverage to people with pre-existing conditions or charging them higher fees — which can operate without the mandate. – New York Times editorial

Overturning the whole law would be an act of judicial restraint. – The Wall Street Journal editorial

The Supreme Court spent 91 minutes Wednesday operating on the assumption that it would strike down the key feature of the new health care law, but may have convinced itself in the end not to do that because of just how hard it would be to decide what to do after that.  A common reaction, across the bench, was that the Justices themselves did not want the onerous task of going through the remainder of the entire 2,700 pages of the law and deciding what to keep and what to throw out, and most seemed to think that should be left to Congress.  They could not come together, however, on just what task they would send across the street for the lawmakers to perform.  The net effect may well have shored up support for the individual insurance mandate itself. – Lyle Denniston, The ScotusBlog

As commentators consider what kind of decision the Court will hand down in June, they have been increasingly tempted to apply a simple “it’s all politics” template: Liberal justice will favor the individual mandate, conservatives will oppose it, case closed. But that’s hardly ever the right way to look at the Court, and it’s certainly wrong now. — William Galston, The New Republic

If Roberts gives priority to his own jurisprudence over the Court’s institutional standing and thereby provides the fifth vote to overturn the mandate, he could assign himself the majority opinion with an eye to minimizing the damage. He might well argue that his position does not reflect ideological hostility to expansive government action. The government could have used its taxing power straightforwardly to create a much more statist health insurance system than does the ACA, he might remind: “Medicare for all” would lie beyond the reach of constitutional challenge. – Galston

Responding to plaintiff arguments that the current Medicaid expansion was unique because of its size and scope, Justice Stephen Breyer pointed out that the Medicaid expansions of the 1980s that covered children had the same impact in terms of cost. Roberts’ response indicated the Medicaid claim is unlikely to go far. Pointing out that states have taken federal money since the New Deal, “they tied the strings, (so) they (the states) shouldn’t be surprised that the federal government is going to start pulling them,” he said. – Merrill Goozner, The Fiscal Times