Yesterday a nice comment arrived from Robert Gleeson MD, a new visitor to C&C, in response to the CV and lipid protocols developed by Bill Bestermann MD and David Carmouche MD.

“Outstanding. Clearly written and easily understood, evidence based, practical, applicable, designed to improve outcomes and lower costs. We need to find a way to more broadly disseminate these.

And Brian needs to find a way to get more people to submit similar protocols in similar format.”

I’m certainly game, but I’m only in the position to post these guidelines, not identify or evaluate them. So that leaves the task up to the clinicians that visit here. If you know of someone who does superlative work in an area and is willing to memorialize the protocol, by all means, please ask them to submit and, after review and validation, I’ll post for common access.

Thanks so much for the suggestion.

In all of American medicine, there is no better example of the disconnection between what we know and what we do than in the case of women with coronary artery disease.  While the different symptom patterns in women with abnormal heart arteries are receiving more attention, even women who properly engage the system very often receive medical care that is not appropriate and leaves them in great danger while adding layers of needless cost.  The woman who is seen in the emergency room for chest pain or other symptoms suggestive of coronary disease will be evaluated under an outdated scientific paradigm aimed at finding blocked arteries.  She will have a stress test done and /or a cardiac catheterization.  If these tests are normal, the patient will be told that the symptoms are not related to her heart.  Every other week, I see a woman who has had symptoms of coronary artery disease and has been told that the problem is her esophagus or worse depression.  She is told in effect: “Go home, take your Valium and Prozac, you will be fine!”  What she has been told is wrong-too often dead wrong!

END_OF_DOCUMENT_TOKEN_TO_BE_REPLACED

My good friend Bill Bestermann, MD, a preventive vascularist at the Holston Medical Group in Kingsport, TN, has published an important article in CardioRenal Medicine. This paper, a long time coming, is not research but a highly informed thought piece that explains a new, previously unappreciated potential mechanism for the diabetes drug Metformin. It has far reaching implications for the management of many chronic diseases.

Bill first introduced this concept here on C&C in a piece called Metformin, Asymmetric Dimethylarginine and Cancer: The Keys to the Kingdom or a Tool to Pick the Lock?. He began to think seriously about some of these issues a year and a half ago after learning that my wife Elaine had been diagnosed with primary peritoneal (ovarian) cancer. It goes without saying that I am deeply, personally grateful for this contribution.

What’s most important about this most recent paper is that it was rigorously reviewed for CardioRenal Medicine, and so has at least the initial imprimatur of scientific credibility. I hope it now gets the additional attention I believe it deserves.

I’d urge all my clinician colleagues to review it carefully. I believe you’ll be appropriately inspired by both its elegance and its profound clinical ramifications.

The second floor conference room was filled to capacity for my talk this Tuesday.  Most of those present were women.  They listened very attentively for the entire 45 minute presentation, and there was a lot of head-nodding in affirmation and generally positive signals of an engaged audience.  Then they stayed for 45 minutes to ask questions,  The questions showed that they had “gotten it.”  They were there for an hour and a half.

END_OF_DOCUMENT_TOKEN_TO_BE_REPLACED

“Traditional wisdom can be long on tradition and short on wisdom”

END_OF_DOCUMENT_TOKEN_TO_BE_REPLACED 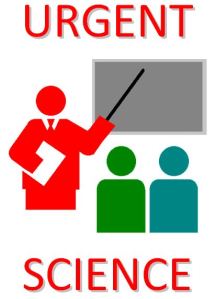 Note by Bill Bestermann, MD. Dr. David Carmouche works at the Baton Rouge Clinic in Baton Rouge, Louisiana.  He runs a Center for Cardiovascular Disease Prevention within the clinic and works full time in clinical practice producing optimal medical therapy in high risk patients.  Dr. Carmouche is certified in lipid management by the National Lipid Association, and is recognized by his peers as an expert in lipid management.

He is actively involved in multiple leadership roles that are characterized by the common theme of more effectively treating cardiovascular disease with lifestyle and medical interventions. A group of about 20 academic and community cardiovascular risk experts asked him to lead the development of the cholesterol treatment section of a program describing optimal medical therapy for metabolic syndrome patients.

END_OF_DOCUMENT_TOKEN_TO_BE_REPLACED

Brian’s Note: In the post below, Dr. Bestermann, a highly regarded vascular physician, has developed and posted a field-tested protocol for the treatment of vascular conditions deemed high priority by the Institute of Medicine.

This is a work in progress that is likely to undergo significant change as new data emerges. But it is here and available in hopes that clinicians will make use of it, patients will benefit from it, and that by sharing important information we can provide better care for lower cost.

This protocol is field tested, weight-centric and has been used in my personal practice for ten years[1] with ongoing adjustment to reflect newer knowledge[2] and products[3], [4].   Consistently applied, the protocol accomplishes risk factor control levels consistent with optimal medical therapy while facilitating weight loss and renal function improvement in most patients.

END_OF_DOCUMENT_TOKEN_TO_BE_REPLACED

The current scientific paradigms that shape our view of chronic conditions are simply inadequate. Clinical medical scientists might think much more seriously about questions like these: Why is it that metformin reduces the risk of heart attack, stroke, and cancer while other drugs lower the glucose and do not protect from these conditions? Why is it that studies of patients treated with insulin suggest an increase in cancer? Why is it that a single dose of metformin or a statin-type drug reduces heart attack size by half in experimental animals?  Why are patients who take certain medications for high blood pressure more likely to develop diabetes.

Today, basic scientists have laid the foundations to begin to answer these questions and the answers are important as we work to improve the quality of care. In practical terms, our scientific literature places little value on work that translates new science into practice. That is part of the reason that there is a large gap between what is known and what we do.  This is the first of a series of articles that we hope will serve to help in closing that gap.  The link between cancer and other chronic conditions is important.  If we can reduce the risk of cancer even slightly by refining the way we manage other chronic diseases, then that is important work.

Another reason for this article and Urgent Science is a very personal one.  Brian Klepper, the founder of CareandCost, has recorded the struggle that his brave wife Elaine endures with ovarian cancer now. I myself have been cured of a very aggressive type of lymphoma.  How many of our friends and family have been struck down by these ailments.  We need to improve our rate of translation.  We invite you to read this first piece carefully and if you have refinements or additions that will help the broader medical community understand these problems better, we invite you to send us your constructive comments. We promise to take them seriously and use them to improve what we all know about the newest science and how it might be used to help our patients.

Bill Bestermann is a vascular physician at the Holston Medical Group in Kingsport, TN.

From Brian – The germ of toda﻿y’s extremely provocative post by Bill Bestermann, MD was the moment in early May when he learned that my wife, Elaine, had primary peritoneal (ovarian) cancer. Bill’s focus for many years had been on vascular disease, but he dove into the literature on cancer, metformin and ADMA, and was energized by what he found.

He called a few days later and asked two questions. ﻿”Did you know that diabetics on metformin get cancer at half the incidence of those not on metformin?﻿ Or th﻿at diabetics with breast cancer on metformin have their cancers ameliorate at triple the rate of those who are not on it?” I didn’t, but these facts intrigued Dr. Bestermann enough that he relentlessly pursued the science.

The article below,﻿ ﻿not original research but an important synthesis that leads us to a new understanding,﻿ is what came out o﻿f that effort.﻿ It’s message is ground-breaking – genuinely a paradigm shift in how we might think about chronic disease – and is an specifically aimed at practicing physicians. We have provided all citations, with links, not only to allow verification of source information, but also allow the interested reader to dive deeply into the topic. We are well aware that the science in this piece may be beyond lay readers, and we apologize for this divergence from a more general format.

We are delighted and humbled that Dr. Bestermann has allowed us to publish this piece here. It has been peer reviewed and found to be sound by several capable physician-scientists. One of the goals of Care & Cost is to make the science that can impact clinical practice immediately available.

That said, I believe the content in an article of this caliber and potential impact should also be recast and allowed to work through the more traditional physician publication machinery as well.

“The human body is composed of four cardinal fluids called humors….In the normal body, these four fluids were held in perfect if somewhat precarious balance. In illness, this balance was upset by the excess of one fluid.”

This review is about metformin and cancer, but within a much broader context. It points to an important new science involving critical common core pathways that underlie the origins of multiple common chronic conditions. These pathways involve traditional signaling modifications like phosphorylation, but they also involve a fascinating new science of epigenetics and the methylation of proteins that are involved in inappropriate gene activation.

END_OF_DOCUMENT_TOKEN_TO_BE_REPLACED

This article, published almost two years ago – on C&C, we’ll refer to these as Recycled but Relevant – is a perfect opening to our Urgent Science section.

If you agree that this kind of review article can be useful to clinicians, let us know. If you would like to write one like this about another topic, or know someone who would, let us know that as well. 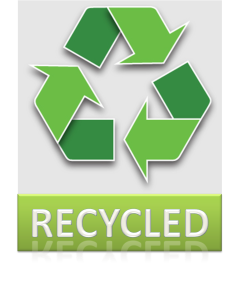 Vascular disease and the conditions that produce arterial problems consume roughly one- third to one-half of the $2 trillion annual spend in American health care. The science and systems exist today to dramatically improve the quality and cost related to cardio-metabolic conditions but almost nothing has been done to implement these new tools since the Institute of Medicine (IOM) published “Crossing the Quality Chasm” in 2001.