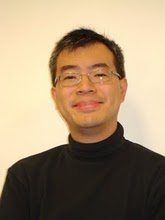 In 2002, the U.S. Preventive Services Task Force (USPSTF) strongly recommended that primary care clinicians discuss preventive aspirin use with adults at increased risk of cardiovascular events. Four years later, the National Commission on Prevention Priorities (NCPP) ranked counseling for aspirin use the number one priority on its list of the most effective clinical preventive services. According to the NCPP, if the percentage of eligible patients using aspirin (then estimated to be about 50 percent) increased to 90 percent, 45,000 additional lives could be extended each year.

At that time, the benefits of aspirin use in men and women were assumed to be the same. However, an updated USPSTF recommendation statement published in the June 15th issue ofAmerican Family Physician indicates that aspirin use actually prevents heart attacks in men, but ischemic strokes in women. In addition, physicians and patients must weigh the benefits of reduced cardiovascular risk with the risk of gastrointestinal bleeding events, and use shared decision making when these risks are closely balanced.

END_OF_DOCUMENT_TOKEN_TO_BE_REPLACED

First published 2/18/11 on The Doctor Weighs In

Back in the 1970s when I was in my medical training, I took time off from a grueling schedule to see with my own eyes one of the great physician/scientists of the day. Dr Denis Burkitt was a Christian missionary who decided to forgo his love of physics and engineering and go to medical school so he could serve humanity in Africa. Indeed, after WWII he settled in Uganda and practiced good old fashioned general medicine for 20 years. This in itself would have been an admirable record were it not for his acute powers of observation. This ever observant country doc discovered a new childhood cancer that was later named Burkitt’s lymphoma. So you can imagine the excitement when this legendary figure came to UCSF to deliver a grand rounds lecture (a lecture to the whole campus community) on his work.

May I have the first slide please