In the fall of 2010, Atul Gawande, surgeon at Brigham and Women’s Hospital in Boston and an associate professor at Harvard Medical School, delivered a touching speech at the October New Yorker Festival.  My husband attended with a friend and, because he said it so profoundly impacted the audience, I watched it myself on video the next day. It was indeed amazing. Dr. Gawande, author and national health care presence, spoke unabashedly about his lack of skill in conducting end-of-life conversations with his patients.

END_OF_DOCUMENT_TOKEN_TO_BE_REPLACED

A recent article by family physician Ken Murray in the Wall Street Journal, titled “Why Doctors Die Differently,” observed that doctors are more likely than other people to decline end-of-life interventions that have little likelihood of benefit:

It’s not something that we like to talk about, but doctors die, too. What’s unusual about them is not how much treatment they get compared with most Americans, but how little. They know exactly what is going to happen, they know the choices, and they generally have access to any sort of medical care that they could want. But they tend to go serenely and gently.

Doctors don’t want to die any more than anyone else does. But they usually have talked about the limits of modern medicine with their families. They want to make sure that, when the time comes, no heroic measures are taken. During their last moments, they know, for instance, that they don’t want someone breaking their ribs by performing cardiopulmonary resuscitation (which is what happens when CPR is done right).

END_OF_DOCUMENT_TOKEN_TO_BE_REPLACED

Posted 2/13/12 on the Hospitalist Leader

How often do we hear declarative statements rooted in dogma, propagated over decades?  Countless times, physicians providing continuity care for chronically ill patients “assume” that by the very nature of that continuity, they outperform doctors not in that station, especially as it relates to intimate tasks.  “Hospitalists are ill equipped to obtain advanced directives; they don’t know the patient like I do,” or something to that effect.

That may be the case, but I suspect community docs are not completing the mission.  This is not a spiteful statement, but an observation rooted in experience and evidence.

The system is broke, and while I am sure community docs do know their patients thoroughly, that is not the focus of my post.  What is is that same intimacy and whether a physician penetrates it to achieve a consequential end—in this case a “break glass in case of emergency” portfolio.  That takes time and emotional energy, and both are in short supply.  As doctors, we are all men amongst equals in that domain.

END_OF_DOCUMENT_TOKEN_TO_BE_REPLACED

Family physicians who care for terminally ill patients must manage a wide range of bothersome symptoms, including pain, fatigue, dyspnea, delirium, and constipation. According to a Cochrane for Clinicians article in the December 1st issue of American Family Physician, constipation affects up to half of all patients receiving palliative care and nearly 9 in 10 palliative care patients who use opioid medications for pain. Unfortunately, a Cochrane systematic review found limited evidence on the effectiveness of laxatives in these patients, as Dr. William Cayley Jr. comments:

For patients with constipation, especially those with opioid-induced constipation, there is insufficient evidence to recommend one laxative over another. The choice of laxatives should be based on past patient experience, tolerability, and adverse effects. Methylnaltrexone is a newer agent that may be useful especially for patients with opioid-induced constipation that has not responded to standard laxatives, but there is limited evidence of potential adverse effects. Therefore, judicious use preceded by a discussion with patients about known risks and benefits is warranted.

The Cochrane Library recently discussed this review in its Journal Club feature, which includes open access to the full text of the review, a podcast by the authors, discussion points, and a Powerpoint slide presentation of the review’s main findings.

Additional resources for physicians and patients on advanced directives, hospice care, and ethical issues are available in the AFPBy Topic collection on End-of-Life Care.

The author is responding to a recent Kaiser Health News story:  Concerns About Costs Rise With Hospices’ Use (Rau, 6/27).

As Congress works to come to terms with the economic challenges facing our nation, it’s inevitable that discussions focus on health care. With an estimated one third of Medicare spending going towards care of beneficiaries in the last year of life, attention has understandably turned to the rising costs of hospice care. Hospice is the leading provider of palliative care services for those facing serious and life-limiting illness.

Admittedly, there has been much growth over the past decade, from 700,000 patients receiving care in 2000, to more than 1.5 million people now. Current Medicare spending on hospice has increased to nearly $12 billion. Utilization of hospice and the costs of care have increased due to a variety of factors affecting the field.

END_OF_DOCUMENT_TOKEN_TO_BE_REPLACED

A very special report is being released right now at the Boston Public Library from the Expert Panel on End-of-Life Care, a multidisciplinary group of 41 stakeholders, including health care professionals, service providers, policy makers, health care advocates and legislators. They were appointed by the state’s Executive Office of Health and Human Services, as directed by the Legislature.

END_OF_DOCUMENT_TOKEN_TO_BE_REPLACED

Just days after taking effect on Jan. 1, 2011, new Medicare regulations authorizing reimbursement to physicians for end-of-life care planning were retracted by the administration. Austin Frakt, pleading for someone to explain the “Medicare end-of-life planning flip-flop,” asks: “Did the Administration follow proper procedure or not?” The stated reason for the retraction was that the rule had been adopted without sufficient notice or opportunity to comment on the issue. I think the legal question, now moot of course, was a close call, but the administration was right to retract. There’s a fairly strong case that notice was inadequate and, therefore, that the rule was procedurally defective.

END_OF_DOCUMENT_TOKEN_TO_BE_REPLACED 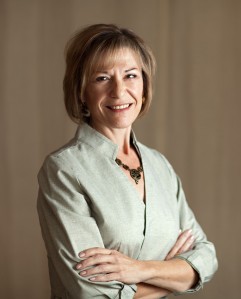 In a “reversal of an earlier reversal,” the Obama administration recently “pulled the plug” on its regulatory efforts to reimburse physicians for providing patients with counseling and advanced care planning information. This concept was jettisoned during ACA’s debate and ultimate passage. We all recall the “death panel” controversy and the ensuing debate that ultimately cost this reform provision its life.

Those of us who care for patients at the end of life cringed when the death panel image was resurrected. End-of-life care discussions can provoke emotion, fear and outright dread. Despite greater acceptance of hospice and palliative care in recent years, underlying attitudes and expectations have not changed much. The outcry in response to the news of the regulatory change reflected the distaste and discomfort with the mere mention of terminal illness, treatment and care options.

END_OF_DOCUMENT_TOKEN_TO_BE_REPLACED

Earlier this month, a regulation to provide Medicare coverage for advance care planning counseling—that is, offer reimbursement to doctors for time spent talking to patients about end-of-life care was abandoned… for the second time.

Section 1233 of the Patient Protection and Affordable Care Act (PPACA) died a first death in the summer of 2009 in the debate over healthcare reform, during which healthcare opponents characterized the provision as a call for government-run “death panels.” Former Lieutenant Governor of New York State Betsy McCaughey, who consulted with Philip Morris while working on the hit piece against the Clinton healthcare plan “No Exit,” coined the “death panel” moniker; Sarah Palin popularized it. Then John Boehner, at the time the House minority leader, claimed that the provision would lead the country down “a treacherous path toward government-encouraged euthanasia.” Fox & Friends repeated the “death panel” meme dozens of times, and soon, the provision was stripped from the healthcare bill.

END_OF_DOCUMENT_TOKEN_TO_BE_REPLACED

Here’s a 14 minute segment from 60 Minutes on the same topic.