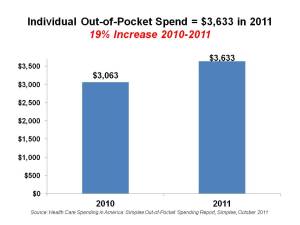 END_OF_DOCUMENT_TOKEN_TO_BE_REPLACED

Patient Activation is a popular topic in recent health policy discussions. Activation means that a patient is informed, participating in his or her care, and feels comfortable and involved in decisions (1). It sounds powerful. Lower activation is associated with a higher rate of medical errors (2, 3), lower adherence to recommended medication (4), and lower satisfaction with care (2). Conversely, active participation in decision making results in less expensive treatment choices (5), faster recovery (6), and better perceived outcomes (5).

END_OF_DOCUMENT_TOKEN_TO_BE_REPLACED

During the month of April — Minority Health Month — the Obama administration took significant steps to build momentum for efforts to eliminate racial and ethnic health inequities. But with this momentum the stakes have become higher than ever, just as fiscal and political pressures mount that could undermine progress.

Health inequities span from the cradle to the grave, in the form of higher rates of infant mortality, chronic disease, disability and premature death among many racial and ethnic minority groups. A large volume of research demonstrates that these inequities persist even after socioeconomic factors — such as income and education levels — are considered. For example, African American mothers with a college degree experience infant mortality at rates higher than white mothers who have less than a high school education.

END_OF_DOCUMENT_TOKEN_TO_BE_REPLACED

When President Barack Obama met with the nation’s governors last month and offered to allow states to establish their own plans to reform health care in place of the Patient Protection and Affordable Care Act, he insisted that states meet or exceed the same goals established in the health overhaul to expand insurance coverage, improve the quality of care and contain rapidly escalating healthcare costs.