Speaker after speaker at the January 26, 2012 Care Innovations Summit in Washington, DC concluded that increasing the quality and decreasing the per-capita cost of health care is the dominant political, social, and economic issue of our time. More than one expert called for a “jailbreak.” Before January 26, “jailbreak” for me meant either an obscure English reality television show or an expression applied to overriding the software limitations deliberately placed on computer systems for security or administrative reasons. The speakers in DC seemed to be calling for a jailbreak out of the prison of the status quo of the American health care delivery system and into an era of digital medicine and understanding the ill patient as a complex emergent system that does not need to be fully understood to be cared for.

Two new books make the case that American medicine is at an inflection point and about to undergo “its biggest shakeup in history.” Eric Topol, MD in The Creative Destruction of Medicine:How the Digital Revolution Will Create Better Health Care (New York: Basic Books, 2012) is no fan of the traditional approach which he labels as “conservative to the point of being properly characterized as sclerotic, even ossified.” David B. Agus, MD in The End of Illness (New York: Free Press, 2011) applies systems biology to his field of oncology and concludes: “Cancer is not something the body has or gets; it’s something the body does.”

END_OF_DOCUMENT_TOKEN_TO_BE_REPLACED

As I re-read the comments I have received regarding my critique of plans to impose financial penalties for variations in readmission rates, I realized that my correspondents and I were talking past one another.  I was presenting views based on how to design public policy, while they were stressing (understandable) concerns about the quality and cost of medical care.  They were viewing high readmission rates as something that deserved the hammer of a financial penalty, while I was viewing the issue as one of many public policy issues surrounding the health care environment, where unintended consequences of policy intervention are something to be considered.

To help explain how I view these kind of issues, I am going to share a list of twenty questions modified slightly from those Larry Bacow used to share with his students while a professor at MIT (before heading off to be President of Tufts University.)  Even though the list is over twenty years old, and Larry might modify them even more at this point, it is still a remarkably useful framework within which to view a wide range of issues.  Some are not germane to health care, but many are.

These kinds of questions underlie a lot of the commentary you see from me here on this blog.  Please understand that these questions, although demanding some degree of analytical rigor, are not designed to stymie public policy advances, but to focus public policy interventions in the hope of more effectively solving problems.

1.  In identifying the problem, or proposing the program, what does one hope to change?  Examples:  The overall distribution of income; the income of particular groups; incentives; resources; bargaining power; political power; competitive advantage or opportunities; a condition that afflicts some particular target population; a source of social conflict or friction; some legal, customary, or social arrangement or the legitimacy of certain actions or arrangements; values, tastes and interest; the range of choice available to some group; other.

END_OF_DOCUMENT_TOKEN_TO_BE_REPLACED 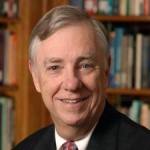 Innovation has revolutionized medicine.  Technology enables us to peer into the depths of the human body to diagnose disease, offer life-saving pharmaceutical treatments, and unlock the power of genomics to help predict, diagnose and treat disease.

Innovation is vital to our health care system and has made the American health care the envy of the world in many respects.  Despite this progress, it’s also true that too often—as any health care provider will tell you—we still deliver and pay for health care the same as we did 50 years ago.

END_OF_DOCUMENT_TOKEN_TO_BE_REPLACED

The realization that the American health care system must simultaneously decrease per-capita cost and increase quality has created the opportunity for the United States to learn from low and middle-income countries. “Reverse innovation” describes the process whereby an inexpensive innovation is used first in countries with limited infrastructure and resources and then spreads to industrialized nations like the United States.

The traditional model of innovation has involved the creation of high end products by companies in industrialized nations and the spread of these products to the developing world by adapting them to function in low and middle-income countries. Reverse innovation reverses the direction of spread with the United States borrowing new ideas and products designed for less wealthy countries in order to deliver health care more efficiently. (1)

END_OF_DOCUMENT_TOKEN_TO_BE_REPLACED

The big opportunity for investing in health innovation is in cost-reducing technologies, according to the seven essays that make up Innovating More Affordable Health Care, a supplement to the Stanford Social Innovation Review, sponsored by The California HealthCare Foundation (CHCF).

The big disconnect in getting innovation adopted in the U.S. health system is the misalignment between risks (what stakeholders bear them) and rewards (what stakeholders reap them), mentioned by Stefanos Zenios and Lyn Denend in their essay on investing for the safety net. “Most investors don’t expect to fund big, unbounded opportunities in low-resource environments,” they explain.

END_OF_DOCUMENT_TOKEN_TO_BE_REPLACED

Healthcare needs positive role models for innovation…and we have a real-time mentor in Netflix.

If you have a Netflix subscription, you probably identify with the company as providing a convenient DVD rental service — order on the web, the DVD arrives by mail, send it back in the handy pre-paid envelope when you’re done.

Today’s ReadWriteWeb describes Netflix’ latest letter to shareholders and explains how the company is preparing for the demise of DVDs:

END_OF_DOCUMENT_TOKEN_TO_BE_REPLACED

In 2009, researchers reported the discovery of “Darwinius masillae,” a small lemur-like creature that lived some 47 million years ago. Many paleontologists have postulated that D. masillae was the missing link, marking the point at which the evolutionary lineage of humans diverged from that of more distant primates.

It seems to us that, in the recent debate about accountable care organizations, one could also detect a missing link.

END_OF_DOCUMENT_TOKEN_TO_BE_REPLACED 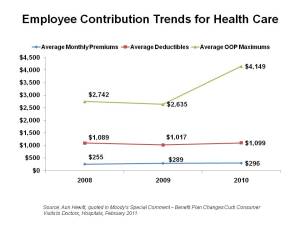 “Employers and health insurers, through benefit design and medical management, are now playing a larger role in curbing use of healthcare services….spurring a more permanent cultural shift in consumer behavior,” Moody’s writes in a special comment dated February 16, 2011. “This will continue to constrain healthcare demand even as the economy recovers.”

The chart illustrates one of the main reasons for the so-called “constrained healthcare demand:” increasing costs on health consumers.

END_OF_DOCUMENT_TOKEN_TO_BE_REPLACED 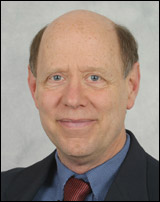 In today’s world, health reform succeeds only if it goes hand in hand with reasonable budget constraints on health spending. But the debate beginning in the House today isn’t about benefits versus costs. Instead, it’s a winner-take-all spectacle like the Super Bowl. Vote “Yes” or “No” on rescinding recent health legislation. Yes or no on regulating Medicare. Thumbs up or down on the constitutionality of an “individual mandate.” END_OF_DOCUMENT_TOKEN_TO_BE_REPLACED

The U.S. has few bright spots when accounting for global trade: we import much more than we export. Entertainment is America’s #1 export. After that, medical innovation shines.

END_OF_DOCUMENT_TOKEN_TO_BE_REPLACED

Here’s a short interview with my pal Pat Salber, MD MBA at the Health 2.0 conference in San Francisco in early October. Pat was an Emergency Medicine physician at Kaiser Permanente for 20 years before becoming a Medical Director for Managed Health Care Initiatives at General Motors. She went from there to be Senior Medical Director for Blue Shield of California’s CalPERS Business Unit. She was on the original Leapfrog Board. And now she’s a Founder and Principal of Zolo Health Solutions, a consulting group focused on helping health systems develop workable Accountable Care Organizations. So she’s been around the block, and has deep insights into the valences of constantly emerging health care innovations. Regular C&C readers will also recognize that Pat is a prolific columnist with a breezy style that belies her incisive wit and astute understanding of all things health care. 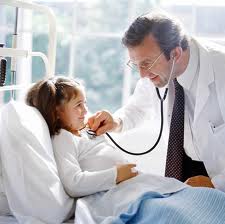 It’s not that we don’t know what’s wrong with health care or how to fix it. The problem, instead, is how to change a system rigged to protect industry excess over care and cost.

As we begin this forum, we see American health care edging closer to a cliff and dragging the larger American economy with it. The health care cost bubble, inflated by duplication and waste, is poised to pop. At the same time, the industry’s bloat has encouraged innovation, driving improvements in quality, safety and cost throughout health care.