Posted 2/2/12 on the Health Affairs Blog 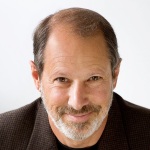 Americans increasingly distrust what they perceive as poorly run and conflicted government. Yet rarely can we see far enough inside the federal apparatus to examine what works and what doesn’t, or to inspect how good and bad decisions come to pass. Comparing the behaviors of two influential federal advisory bodies provides valuable lessons about how the mechanisms that drive government decisions can instill or diminish public trust.

The Health Information Technology Policy Committee (HITPC) advises the Office of the National Coordinator for Health Information Technology (ONC) on matters pertaining to the ARRA/HITECH legislation. ONC is responsible for deciding how to spend the roughly $25 billion Congress authorized in 2009 to stimulate doctors’ and hospitals’ adoption of electronic health records (EHRs) and other health information technologies. HITPC, a 24-member Federal Advisory Commite (FAC) as defined and governed by the Federal Advisory Committee Act (FACA), makes recommendations to ONC on many topics – from certification of EHR technology and privacy/security regulations to governance and oversight measures for the Nationwide Health Information Network – that affect how that money will be spent, who is eligible to receive it, and what rewards and penalties will apply in the process.

The Relative Value Scale Update Committee (RUC) is far more influential. Over the past twenty years this group of 29 physicians convened by the American Medical Association (AMA) has been CMS’ primary advisor on how Medicare should value doctor visits and procedures. Many Medicaid and commercial health plans follow Medicare’s lead on payment, so the RUC’s influence on the $2.7 trillion health care economy is sweeping. While the RUC is not formally a FAC, it has been challenged as being a “de facto” FAC, a designation that has legal precedent.

Both HITPC and the RUC are comprised of volunteers. But the similarity stops there. A chasm separates their behaviors as advisory bodies, primarily because HITPC operates in the open and under public view, whereas the the RUC acts virtually in secret.

HITPC’s formal organization as a FAC obligates it and more than a thousand other similarly constituted entities to operate under FACA’s strict management and reporting rules, which seek to ensure that the regulatory agencies’ activities are in the public rather than the special interest. HITPC must have balanced representation in its membership. Its proceedings must be transparent, and its analytical methodologies must be scientifically credible. Indeed, FACA established a federal database that incorporates the proceedings of HITPC and all other federal advisory committees, and that facilitates government-wide advisory committee management and accountability audits.

HITPC is scrupulously compliant with FACA. Its mission and goals, membership roster, meetings schedules, and all documents issued by the committee are available to the public on its website. All HITPC meetings are open to the public and are broadcast over the Web or by teleconference. ONC makes audio recordings available within a day following a meeting, and a draft transcript is posted within a week. HITPC members must declare conflicts of interest, and must recuse themselves from votes that involve real or apparent conflicts.

By contrast, and despite its immense influence over Medicare and commercial health expenditures, the RUC proceedings are opaque. Its meetings are closed to the public – participation requires an invitation from the Chair – and transcripts are not publicly available. Members vote secretly by electronic ballot, and the AMA discards records of the votes.

Still, CMS has accepted more than 90 percent of the RUC’s 7,000 recommendations since 1991, often without further due diligence.

The RUC is also rife with conflict. Until 2009 the AMA would not reveal the RUC members’ names. While primary care physicians represent some 55% of all doctors, 27 of the RUC’s 29 members are specialists effectively lobbying their specialist societies’ interests. Roy Poses MD, who studies financial conflicts in medicine, recently wrote, “14 of 29 members of the RUC have financial relationships with pharmaceutical companies, biotechnology companies, device companies, companies that directly provide health care, and health care insurance companies.” None of these are publicly disclosed as a condition of RUC membership. Nor is there any publicly available record of whether real or potential conflicts of interest have caused RUC members to recuse themselves from votes.

HITPC’s recommendations occur in the sunshine and are observable in real-time. Important regulatory decisions are forged in an environment of expert opinion, public discourse, and frequent opportunity for comment and debate. They follow FACA’s mandates for openness and broad representation, and offer a path to rebuilding trust that the American people now clearly desire.

One thought on “Trusting Government: A Tale of Two Federal Advisory Groups”